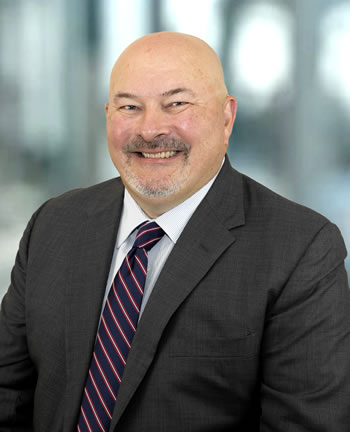 Mr. Clapp has written and spoken on a wide-range of real estate and construction matters. He is the author of Avoiding Litigation: A Subcontractor's Guide to Staying Out of Court, Indianapolis Business Journal (May 25, 1992); co-author of Public Works Projects, Bidding and Bid Protests, Indiana Continuing Legal Education; author of articles entitled Sales Contracts and Real Estate Financing for the Basic Real Estate Law in Indiana seminar at which he served as faculty; and has served as a faculty member for Indiana Construction Law: What to do When..., for which he authored articles entitled: What To Do with a Defective Bid; What To Do When it is Time to Sign the Contract; What Do You Do When Contract Performance is Delayed; What Do You Do When the Plans and Specs are Deficient; and What To Do When You Need to Resolve a Dispute. Mr. Clapp also served as a faculty member for Mortgage Fraud from A to Z: Battling "For Profit" Schemes for which he authored articles entitled Laws Governing the Mortgage Industry and Litigation Strategies and Tactics. Mr. Clapp presented at the 2012 Solo and Small Firm Conference on a Panel Discussion entitled "Do As I Say, Not As I Did." In 2013, Mr. Clapp presented Indiana State Bar Association Women's Bench Bar Conference on "Traps to Avoid in Real Estate and Business Transactions."

Mr. Clapp is a registered civil mediator and has extensive experience in all realms of dispute resolution. Mr. Clapp has participated in numerous mediations and arbitrations, and focuses on mediating business and commercial real estate disputes in addition to general civil matters. He has tried cases in state and federal court throughout Indiana, and he has successfully argued in the Indiana Court of Appeals, Indiana Supreme Court, Bankruptcy Court, U.S. District Court in both the Northern and Southern Districts, and the Seventh Circuit Court of Appeals. Mr. Clapp has served as Judge Pro Tem in Hamilton Superior Court and has been appointed as a receiver in a complicated commercial foreclosure action.

Mr. Clapp has served as the Chairman of the Town of Fishers Strategy Planning Committee. In 2009, the Strategic Planning Committee reviewed the existing strategic plan, held meetings to identify issues and goals for the Town, conducted public meetings to obtain citizen input, and then rewrote the Strategic Plan for the Town of Fishers, which was presented to the Town Council for approval. Mr. Clapp and his firm regularly participate as an intern host for Hamilton Southeastern High School's Law & Government Academy, Mr. Clapp speaks to Law & Government Academy Students, and Mr. Clapp has volunteered as a judge with Fishers High School's We the People program.

Mr. Clapp actively volunteered for various charitable and civic organizations, including Big Brothers, the United Way, Lutheran Disability Ministries, Christ is my Big C, and the Hamilton County Great Banquet. Mr. Clapp currently serves on the Board of Directors for kNot Today, Inc., whose mission is “to generate awareness, initiate prevention strategies, and assist in the development of innovative healing programs for sexually abused and exploited children.” Clapp has served on the Board of Directors for the Hamilton County Great Banquet and served as the Community Spiritual Director. Mr. Clapp is a past president of Lutheran Disability Ministries, and Mr. Clapp served on the Board of Directors for Christ is My Big C. Mr. Clapp also volunteered with Christ the Savior Lutheran Church, where he has served as Treasurer, Stewardship Co-chair, President, and President of the Mission and Vision Team. In his service for Christ the Savior Lutheran Church, Mr. Clapp prepared requests for and arranged financing for the church's $4 million new building project, prepared and negotiated the construction and architect contracts, and helped administer the project. Mr. Clapp also assisted the church in reorganizing its corporate structure and governing documents. Mr. Clapp currently serves as counsel to Christ the Savior.

In 1985, Mr. Clapp received his Bachelor of Arts in Political Science, with high distinction, from Valparaiso University and was a Mortar Board and Pi Sigma Alpha member. Mr. Clapp was a member of Phi Delta Theta fraternity and was elected and served as treasurer and president. While earning his Juris Doctor, magna cum laude, from Indiana University Maurer School of Law in 1988, Mr. Clapp served on the Editorial Staff of the Indiana Law Journal, was awarded membership into The Order of the Coif, and received American Jurisprudence awards for top scores in Wills and Trusts, Corporations, and Advanced Bankruptcy. In 2012, Mr. Clapp participated in the inaugural class of the Indiana State Bar Association's Butler Business School for Lawyers from which he was awarded a Certificate of Business Administration.