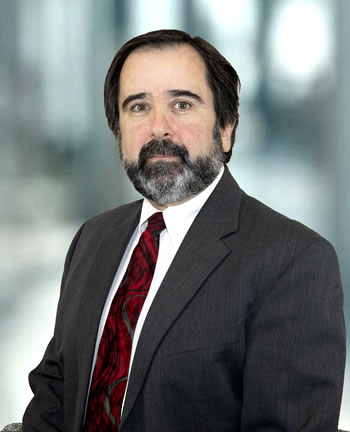 Michael A. Trentadue
Of Counsel

Prior to joining Clapp Ferrucci, Mr. Trentadue practiced with Bose McKinney & Evans LLP for more than 27 years (approximately 20 of those years as a partner). During the last 20+ years at Bose he was a member of the Creditor's Rights department and handled all aspects of consumer and commercial mortgage foreclosure litigation on residential, commercial and farm properties for banks, insurance companies and private lenders. Mr. Trentadue successfully dealt with issues relating to loan document provisions, title defects, survey inconsistencies, mechanic's liens, judgment liens, tax liens, other encumbrances and lien priorities. In connection with his foreclosure practice Mr. Trentadue has argued at mediation, receivership, summary judgment and other hearings and negotiated and drafted settlement documents, loan modification agreements and forbearance agreements. He has also obtained receivers over property being foreclosed and has obtained permission for receivers to take extraordinary action, including remediation of flooded structures, completion of construction on uncompleted condominiums, general renovation of commercial property and sale of the real estate by the receiver.

Mr. Trentadue represents mortgage lenders and other creditors in Chapter 7, 11, 12 and 13 bankruptcy proceedings in foreclosure and other cases and has reviewed financial documents, pleadings and other information; examined debtors; conducted investigations; filed motions and claims and appeared at hearings in support of his clients' positions. He has also represented manufacturing creditors in large Chapter 11 bankruptcies relating to the automobile industry in New York, Michigan, and Ohio with regard to plan confirmation and claim objections, and has defended his clients in preferential transfer adversary proceedings. Mr. Trentadue served as an Interim Chapter 7 Bankruptcy Trustee during 1988 and 1989.

Prior to building his foreclosure practice, Mr. Trentadue negotiated and documented commercial real estate transactions on behalf of lenders and has assisted a bank in selling its mortgages and REO properties. He has advised banks on customer issues including loans, accounts, suspicious activities and consumer credit issues, and has consulted on Fair Debt Collection Practices Act matters.

Outside of Clapp Ferruci, Mr. Trentadue coaches a high school mock trial team at Heritage Christian High School and has assisted with the mock trial program there since 2009. He has judged high school mock trial at regional, state and national competitions. He enjoys repairing CCTV equipment used by visually impaired students, woodworking, bicycling, shooting trap and skeet and scuba diving.